In this document, you’ll learn what Batch Jobs are and how they work in Medusa.

What are Batch Jobs​

Batch Jobs are tasks that can be performed asynchronously and iteratively. They can be created using the Admin API, then, once confirmed, they are processed asynchronously.

Batch jobs require Redis, which Medusa uses as a queuing system to register and handle events. Every status change of a batch job triggers an event that can be handled using subscribers.

You can also create a custom batch job or overwrite Medusa’s batch jobs.

A batch job is stored in the database as a BatchJob entity. Some of its important attributes are:

What are Batch Job Strategies​

Batch jobs are handled by batch job strategies. A batch job strategy is a class that extends the AbstractBatchJobStrategy abstract class and implements the methods defined in that class to handle the different states of a batch job.

A batch job’s flow from creation to completion is:

You can track the progress of the batch job at any point using the Retrieve Batch Job endpoint.

If the batch job fails at any point in this flow, its status is changed to failed. 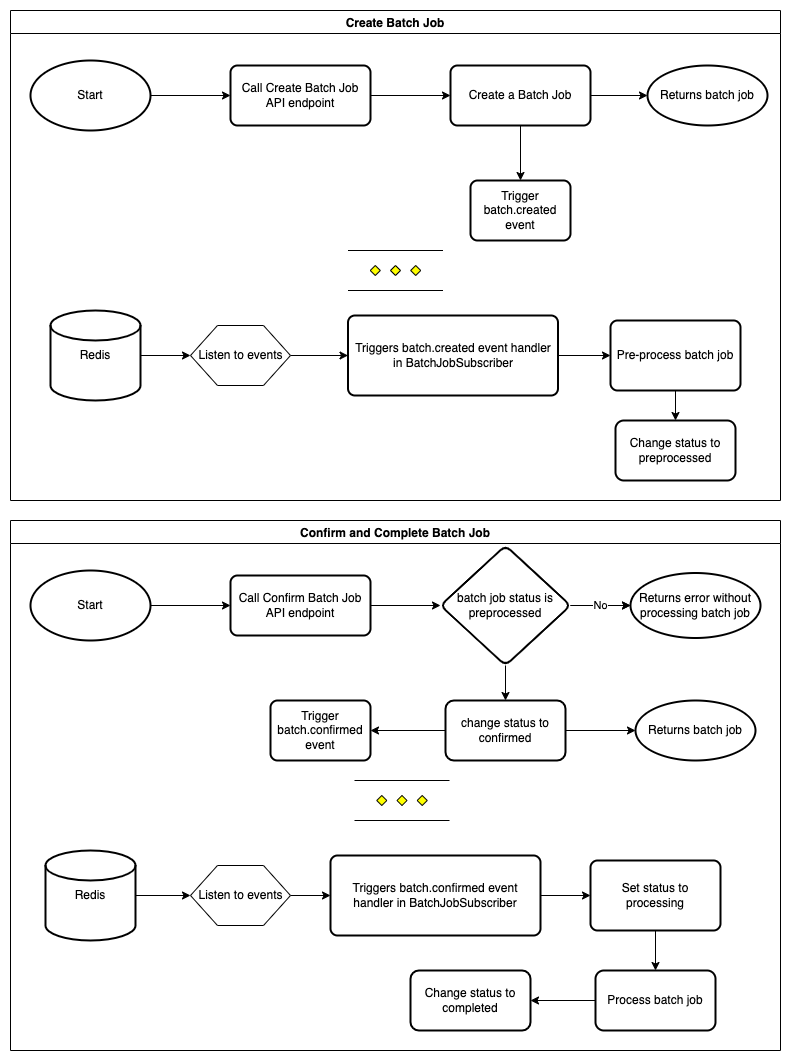 Was this page helpful?